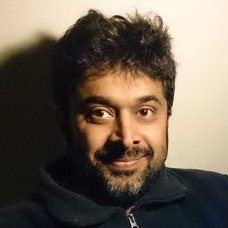 Damith Herath holds a PhD in Robotics from the University of Technology, Sydney for his research work at the ARC Centre of Excellence for Autonomous Systems (CAS) on robotic mapping and navigation. He has worked as a Research Fellow at CAS, as a visiting Fellow at the Toyohashi University of Technology and as the lead Research Engineer on the ARC funded Thinking Head project at the MARCS Institute at the University of Western Sydney. Damith has over a decade of experience leading multidisciplinary robotic research projects and is the co- and founding chair of the International Workshop on Robotics & Art held in 2011 and 2014 alongside two key robotics conferences. Damith is the CEO and co-founder of Robological, a multi-award winning Robotics Startup based in Sydney, named one of the 23 most innovative young technology companies in Australia in 2014.
Damith is currently an Assistant Professor in Software Engineering attached to the Human-Centred Computing Laboratory at the Faculty of Education, Science, Technology and Mathematics. He is also an Honorary Visiting Scholar at the National Facility for Human-Robot Interaction Research at the University of New South Wales.

From rituals to magic: Interactive art and HCI of the past, present, and future

Being One, Being Many

Your message has successfully been sent.
Your message was not sent due to an error.
If you made any changes in Pure these will be visible here soon.