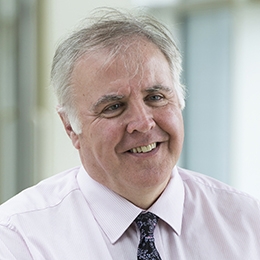 Professor Gerry Stoker is Professor of Politics and Governance at the University of Southampton, UK and has recently joined ANZSIG as a Centenary Professor. He held previous professorial posts at Manchester and Strathclyde. Professor Stoker’s main research interests are in governance, democratic politics, local and regional governance, urban politics, public participation and public service reform. He has authored or edited over 20 books and published over 70 refereed articles or chapters in books. Professor Stoker was the founding Chair of the New Local Government Network which won the UK think tank of the year in 2004 and his most recent book ‘Why Politics Matters’ won the 2006 political book of the year award from the Political Studies Association of the UK. Professor Stoker has provided advice to various parts of the UK government and is also an expert advisor to the Council of Europe on local government and participation issues. In 2004, he won the Political Studies Association Award for ‘making a difference’ in recognition of the impact of his work on governance issues.

It was in the area of urban politics and local government studies that Professor Stoker first made his name and continues to be seen as a leading authority. He has been a prolific publisher in this area notably The Politics of Local Government, Local Government in Europe, Theories of Urban Politics and Rethinking Local Democracy. For five years (1992-7) Professor Stoker was Programme Director of a £2m research endeavour run for the UK’s Economic and Social Science Research Council (ESRC) under the title of the Local Governance Programme. Two edited books captured the main output of the programme The New Management of Local Governance and The New Politics of Local Governance. A single authored book Transforming Local Governance on the reforms undertaken by New Labour was published in early 2004 and later that year an edited book on British Local Government into the 21st Century emerged that analyzed New Labour’s reform in more detail. From April 2002 Professor Stoker has been heading up the major Government funded five-year evaluation of the new constitutional and standard arrangements introduced into local government in the UK by the 2000 Local Government Act (see www.elgnce.org.uk for research reports and publications). In more normative vein he has been a strong advocate of a new localism and a greater devolution in the approach to governance both in the UK and beyond.

A further theme of Professor Stoker’s work has been his interest with citizen participation, social capital and civil renewal. This work led to the development of a heuristic to help public authorities investigate their public participation strategies and identify how they might be improved. The Council of Europe has adopted this CLEAR framework and used it in a range of municipal settings throughout Europe. More recently, Gerry’s focus has been on understanding the changing nature of citizen participation in a range of country settings including Australia. Indeed, he will help meet the Institute’s aim of designing and analysing unique data sets on the qualities of Australian democracy and (where appropriate) processes of democratisation internationally.

Can the governance paradigm survive the rise of populism?

Relating and Responding to the Politics of Resentment

Rethinking the role of experts and expertise in behavioural public policy

The Divergent Dynamics of Cities and Towns: Geographical Polarisation and Brexit

voting behavior
polarization
town
economic trend
economic change
Your message has successfully been sent.
Your message was not sent due to an error.
If you made any changes in Pure these will be visible here soon.