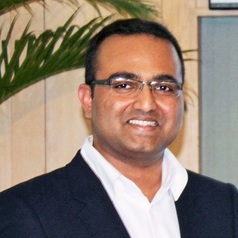 Dr Jackson Thomas (BPharm, MPharmSc, PhD) is a pharmacist, trialist, NHMRC-funded pharmaceutical scientist, and Associate Professor at the University of Canberra. Jackson also serves as a consultant for pharmaceutical manufacturers, biotech companies, and the Therapeutic Goods Administration (TGA). Prior to his appointment at UC in 2013, he held academic/research positions at University of Tasmania and Charles Darwin University (2004-2012).

Jackson has a specific clinical and research interest in indigenous child health, especially skin infections in Australian Indigenous children. Other research interests include (but are not limited to) global health (drug stability and counterfeit medications), dermatological conditions, discovery of bio-actives from natural resources, complementary and alternative medicine, and innovations in teaching. As a result of his research achievements, he was given the 2015 ACT Tall Poppy of the Year Award. Following on from this, he was selected into the Early- and Mid-Career Research Forum Executive Committee affiliated to Australian Academy of Science and a specialist advisor for Therapeutic Goods Administration (TGA).

Jackson's recent contributions in the field of tropical infectious diseases have been recognised by several awards:

Integration of pharmacists into the general practice in Australia

Does the smart phone based, heart rate variability application improve the quality of life of people living with arthritis?: A pilot study

Integration of pharmacists into Aged care facilities; a pilot project

Pharmacists as a Source of Advice on Medication Use for Athletes

Antifungal drug use for onychomycosis

Identification of Risk of QT Prolongation by Pharmacists When Conducting Medication Reviews in Residential Aged Care Settings: A Missed Opportunity?

Sand flea disease is neglected: what needs to be done

Open Access
Tunga penetrans
Tunga
chiggers
Latin America
skin diseases
Your message has successfully been sent.
Your message was not sent due to an error.
If you made any changes in Pure these will be visible here soon.