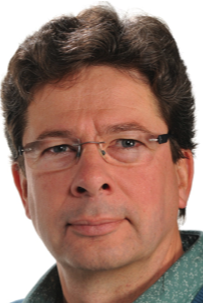 Dr Jurian Hoogewerff studied geochemistry (M.Sc.) and volcanology (Ph.D.) at the University of Utrecht in the Netherlands (1984-1993). The emphasis of his work was, and still is, using inorganic elemental and isotope ratio analysis to trace any natural material to its geographical origin.

During his PhD research he investigated the contribution of the Australian crust to volcanism in Eastern Indonesia.  In 1993 Dr Hoogewerff joined the Department of Health Sciences of University Maastricht to teach environmental sciences and develop tracers for the origin of pollutants from their source to environmental and biological targets including human tissues.  Dr Hoogewerff transferred to the Geotechnical Institute Arsenal Research in Vienna in 1996 where he continued his environmental exposure research, combining epidemiological data with newly created geochemical maps. Here he also started to apply his techniques for forensic casework and archaeological provenancing. His study on 5000 year old "Otzi" was the first isotope study on the Tyrolean Iceman.

With an EU grant in 1999 Dr Hoogewerff established the global analytical forensic network NITECRIME that included major national forensic research institutes like the NFI, BKA, US Customs and FBI. In 2006 NITECRIME almagated with the Forensic Isotope Ratio Mass Spectrometry network and Dr Hoogewerff was involved in its management until 2014. In 2000 Dr Hoogewerff moved to the Institute of Food Research in Norwich to manage their isotope facility for food forensics applications and human metabolism studies. Together with other colleagues he initiated the EU funded TRACE project (Euro20M) using the compositional links between soil and food for determining the geographical origin of food products to combat counterfeiting.

Dr Hoogewerff was Senior Lecturer at the University of East Anglia in Norwich UK from 2006 to 2011 and developed and managed their "Forensic and Investigative Chemistry" four year MChem program. In September 2011 he relocated to Dunedin in New Zealand and first served one year as part-time Chief Scientist and Co-Director of Oritain Ltd. and then continued as Associate Professor in the Department of Chemistry at the University of Otago to expand their Forensic Analytical Science Program until December 2014.

In January 2015 Dr Hoogewerff moved to the National Centre for Forensic Studies at the University of Canberra of which he is presently the director. He convenes a number of on-campus and online units e.g. “Environmental and Forensic Geochemistry” and “Forensic Chemistry” and is the course convener of the Online Forensic Science MSc.

Dr. Hoogewerff is actively engaged in forensic casework and contributed to 70+ scientific papers and over 80 conference presentations including many invited keynotes.

Research in collaboration with Australian Facility for Taphonomic Experimental Research (AFTER) .

CAA: Investigation into deterioration and storage of carpet samples in the Australian Parliament House Archive

Chemical profiling of saffron for authentication of origin

agricultural soil
Soils
Land use
Sampling
land use
Your message has successfully been sent.
Your message was not sent due to an error.
If you made any changes in Pure these will be visible here soon.